Boughman and Colleagues Investigate the Evolution of Icelandic Sticklebacks

Iceland's dynamic landscape has been shaped by volcanos, glaciers, and severe storms and Iceland is home to the largest glacier in Europe, covering approximately 13% of the country. Iceland’s glaciers have scoured the land and created lakes and rivers over many millennia. The age of these lakes ranges from a couple of hundred to thousands of years old. A fascinating ecological feature is that some lakes are fed by springs and exceptionally clear, whereas others are fed by glaciers and cloudy. Originally a marine fish, the threespine stickleback has adapted over time to inhabit and thrive in hundreds of Iceland’s freshwater lakes. Dr. Jenny Boughman recognized this intriguing set of circumstances as a unique window from which to study adaptation, contrasting populations that were recently introduced into spring-fed versus glacial lakes with populations that have been established for many thousands of years.

The National Science Foundation awarded Dr. Boughman and a team of researchers a “Dimensions of Biodiversity” grant (worth approximately $1.84 million over five years) to pursue novel research studying the evolution of threespine stickleback throughout Iceland. Jenny is the lead PI on this collaborative project with Jason Keagy (MSU Dept. of Integrative Biology), Gideon Bradburd (MSU Dept. of Integrative Biology), Deborah Stenkamp (University of Idaho), and Hans Hofmann (University of Texas at Austin).

Animals find prey, avoid predators, and interact with social partners using sensory information such as sight, smell, taste, sound, and touch. In other words, sensory systems are paramount for an animal's survival and reproduction. Sticklebacks re 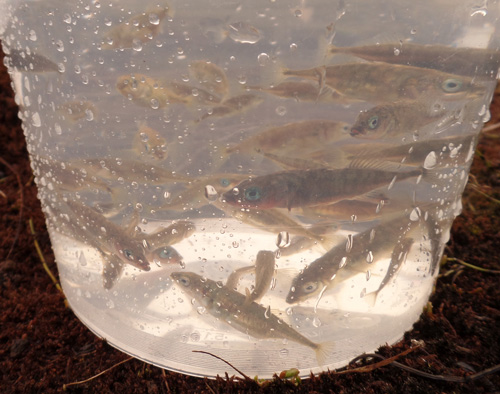 ly heavily on sight. Yet Icelandic stickleback populations live in both clear and cloudy lakes – they can see easily in clear spring fed lakes but not in cloudy glacial lakes. This begs the question, how do their sensory systems evolve to respond to their visual environment? Do sticklebacks evolve better vision in the cloudy glacial lakes where visual information is obscured? Or instead, do other sensory systems such as smell compensate for reduced visibility in glacial lakes? What factors allow such adaptation? Jenny's research team will investigate the different sensory systems of Icelandic sticklebacks. With Jason Keagy’s expertise, they will also assess how differences in sensory systems affect how well stickleback detect predators in clear versus cloudy water – key for the fishes survival. Deborah Stenkamp’s work will reveal the ways in which eyes have adapted to glacial lakes. The researchers will also use gene expression data to identify the genes responsible for sensory adaptation – primarily in Hans Hofmann’s lab, which will also evaluate how the brain has evolved in response to the sensory challenges of glacial lakes. Lastly, the researchers will use genomic data to understand whether the way that genes are organized in the genome helps or hinders the process of adaptation. 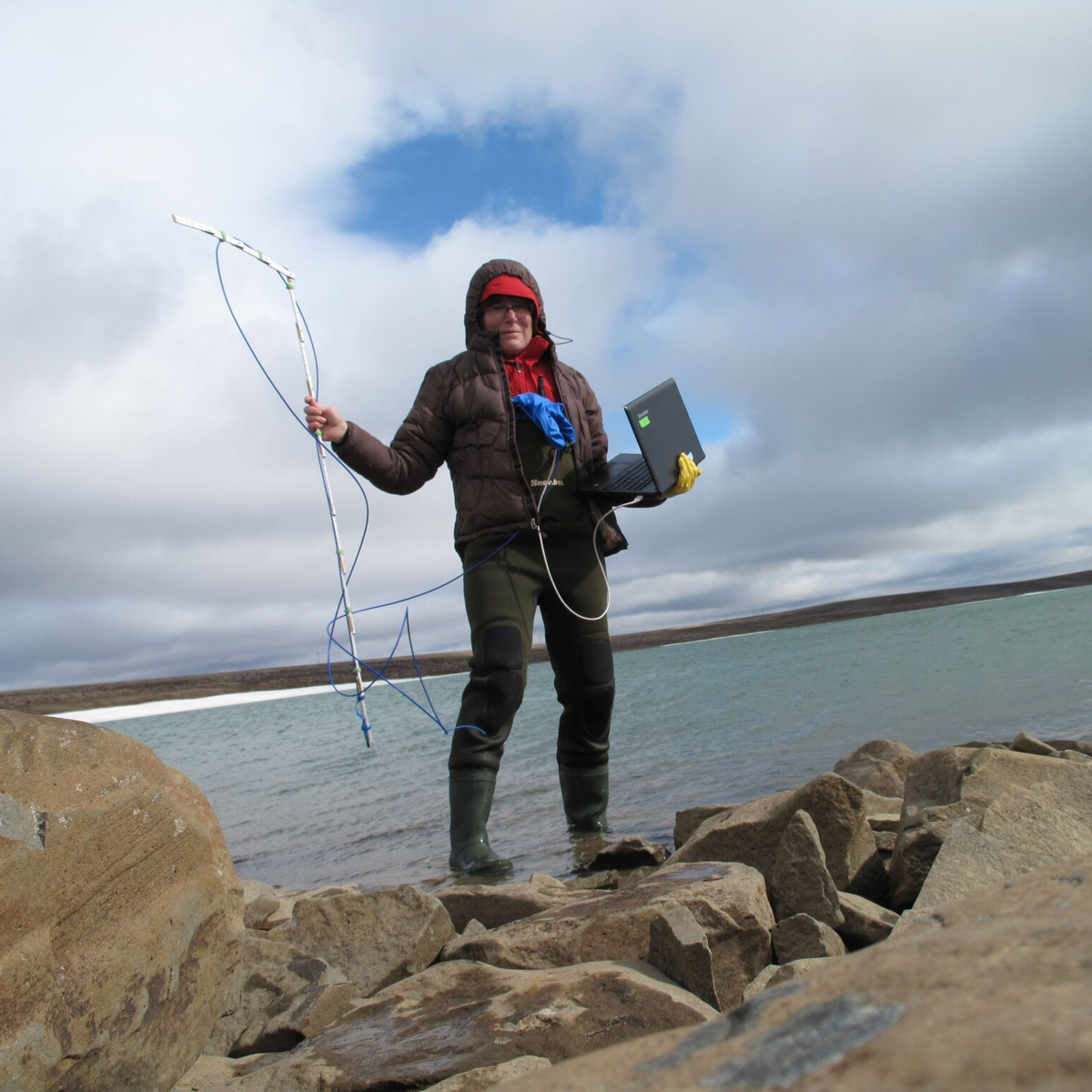 Iceland an evolutionary powerhouse. Sticklebacks from the ocean migrated to Iceland's lakes and rivers many times since the last ice age. Some lakes were colonized by stickleback 10,000 years ago while other lakes were colonized as recently as the past 100 years. In Iceland, one can reconstruct evolutionary time by using marine sticklebacks (the ancestral stock for the freshwater populations), young freshwater lake populations, and older freshwater lake populations. Jenny explained, "By comparing the newer and older populations it is possible to see how much adaptation there has been for brief and long periods of time – we can estimate rates of evolution. This is a powerful way to study evolution." These evolutionary rates can help answer the question about how quickly adaptation occurs in sensory systems - finding sensory adaptation in the very young lakes would reveal that it can happen very quickly, but finding it only in the older tells us that sensory adaptation takes a longer time. With the expertise of Gideon Bradburd, they will use novel methods to determine how old the Icelandic stickleback populations really are, how genetically different they are, and how much ecology affects that differentiation.

Not only do Icelandic stickleback provide a fantastic opportunity to investigate evolutionary change in sensory systems and evolutionary rate, but they also can help answer critical questions about how these evolutionary processes facilitate survival and persistence of species in rapidly changing Artic environments. Like much of the Artic, Iceland is experiencing unprecedented climatic and ecological change. The environment is changing and changing very fast. Many plants and animals can't keep up with this rapid environmental change. Against this backdrop, only the few species capable of quick adaptation are likely to persist. According to Jenny, "As people think about global climate change, they realize that some species may not adapt fast enough to keep up. This project gives us a way to understand that process."

This new project builds on Jenny's ongoing research program. "I've been working with sensory systems in sticklebacks for a long time. I've been interested both in how their evolution affects speciation and how the environment changes the sensory systems of the fish themselves. The first research I ever did with sticklebacks was look at vision and how it affected speciation. So this project definitely builds on that. I can envision so many evolutionary projects in Iceland that it would take me several lifetimes to get through them all."