Learning is a Contact Sport: A Summer at KBS

It is difficult to reflect on this past summer at the W.K. Kellogg Biological Station (KBS) without feeling some sense of longing to be back. It was not the first field station I’ve stayed at, nor was it the first research experience I’ve had. It was a place where science, nature, and people were allowed to interact without bounds, and we, the students, were caught somewhere in the middle. KBS is exceptionally special in this regard. When asked why this is by interested fellow students, I often give a day-by-day description, but here I will like to provide for you a big-picture idea of a summer at KBS, in hopes of giving you an honest, and not an overly time-consuming account of one student's experience.

Our mornings began in the classroom, taught by professors who, like ourselves, wanted to get outside as soon as possible. What we were given in the morning wasn't so much a lecture, but rather a briefing for what we needed to do in the afternoon. After lunch, we often times headed to the local marsh across the street, to the coast of Gull Lake, or drove to Lux Arbor, a local nature reserve several miles away that bounded with a wonderful variety of Michigan’s biodiversity.

Morning instruction was usually a two-way negotiation, as we typically chose what to study and how to study it under the umbrella of our current course topic. This was when the difference between KBS and standard university learning methods become exceptionally evident. Like practicing scientists, we observed natural phenomena while out in the field, learned about these phenomena, and conducted research to further our understanding of it. 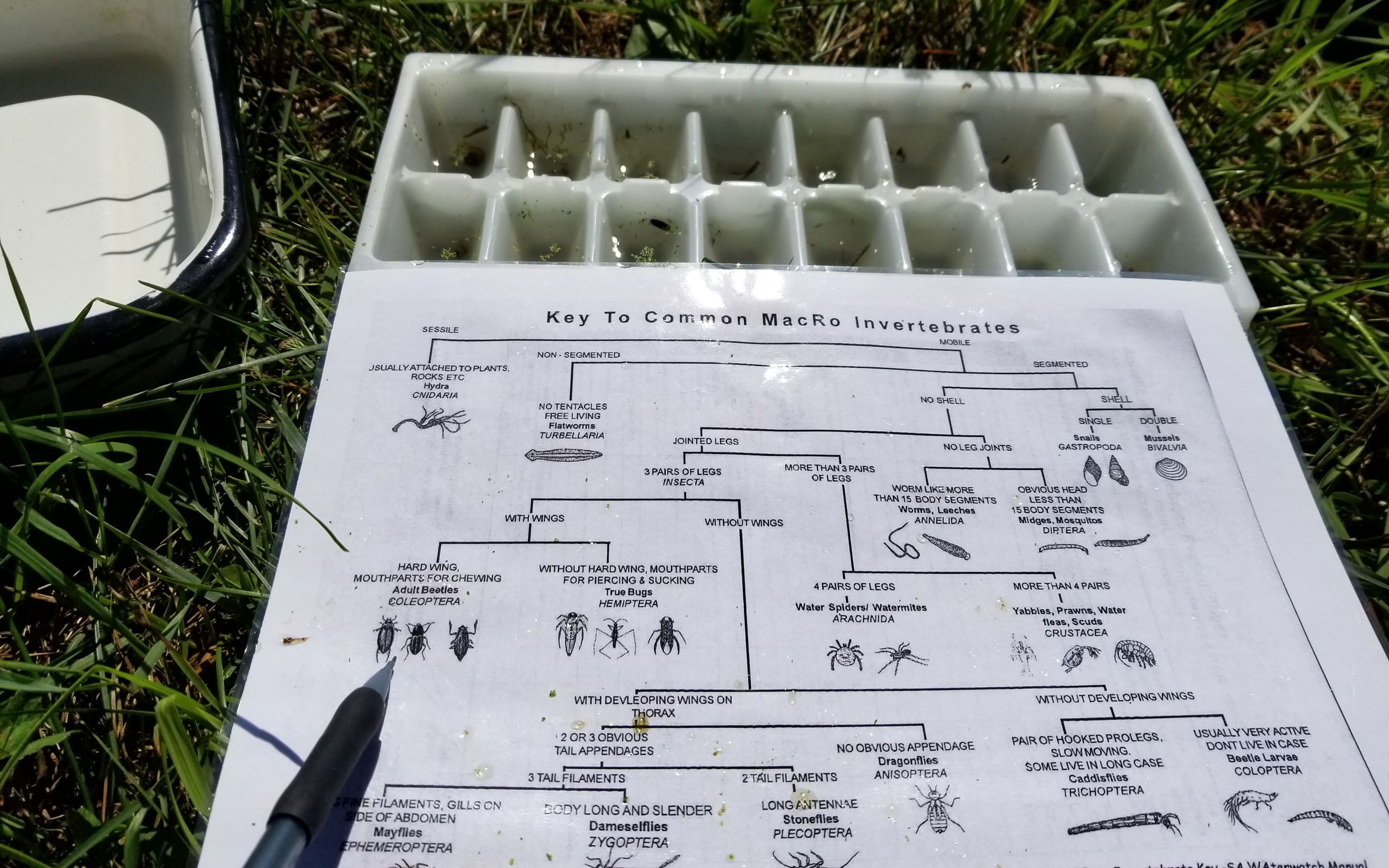 We quickly learned something that lecture courses would never have shown us: the scientific method is hardly a linear process, but a cycle. We are often told this, but that doesn't mean we as students entirely grasped what that really means. We needed to practice this method to really know it. And so we practiced this method, week after week until it became something we actually understood. Imagine reading about bicycle riding your whole life without ever placing your behind on the cushiony seat of a real bike!

I first learned about KBS when I visited academic advisor Katie Licht two years ago. I was getting ready to transfer schools, as I was going to a community college at the time. Before leaving her office, she handed me a KBS brochure and told me how many previous students enjoyed their summer experience there. Although I couldn't enroll in it for the upcoming summer, I made plans to go the following year (summer 2017), so I constructed my course schedule accordingly after my transfer to MSU. I also learned from the KBS website about the Undergraduate Research Apprentice Program offered at KBS through the National Science Foundation. This program allows undergraduates to get part-time experience assisting researchers in any one of the station’s laboratories. I wanted to spend as much time involved in the field as possible, which made applying for the program a simple choice.

The Launch Your Major courses at KBS are seamlessly tied together. For example, biological research was conducted on Monday morning and we learned whether the data collected were statistically significant by Tuesday. As weeks progressed, it became an interesting cycle. Not for a moment did it feel like we were taking courses, but rather we felt like young scientists in training. This was my hope for how it would be in a university, but that is difficult to create in large lecture halls, reasonably so. At KBS, however, there was a maximum of eighteen students in each course, and each one of us was expected to participate as if we were being taught individually. I cannot emphasize enough how critical this learning method is, as opposed to its standardized counterpart, the lecture. KBS creates a learning environment that fosters active, hands-on learning, and the only disinterest that could exist there would be caused by a mind tired from a night of frog collecting.

The Launch Your Major courses are time-consuming, so when applying for the Undergraduate Research Apprenticeship Program position, I contacted KBS coordinator, Danielle Zoellner, to see if I could do both programs in a single summer. The Undergraduate Research Apprenticeship program, like the field courses, is very much student tailored, giving students the power to do as much (or as little) as they are up for. Learning this, I found a lab and mentor that worked well with my schedule, and we were able to put together a project.

Nothing less could be said about the research you can get involved with. Though most of the labs are conducting agricultural research, there are still many projects involving many different topics that would likely fall under at least one of your interests.

My particular project was on nitrifying bacteria, a topic I have had interest in from my background in aquatic work. The project involved taking soil samples from one of KBS’s field sites. Then I conducted a number of tests to examine the nitrifying rate of the bacteria found in those soil samples. This essentially allowed us to see if certain plot management styles produced more productive soil, which has important implications when thinking about the use of fertilizer. My mentor and I would meet weekly to discuss different aspects of this study, as well as the field of soil science as a whole.

Although we worked with bacteria within the realms of soil science, a field I had no experience in, it was still nonetheless connected to a process I had some background with. It was radically different from my personal research interests at the time, which allowed me to step outside of my own, constricted view of science, and shed light on other parts of the field that would have otherwise alluded me had I stuck with what I knew. Looking back, I chose that project because I knew very little about it. I recommend this approach to anybody who would like to get involved with any sort of research. We often forget how important it is to throw ourselves into unfamiliar places; this is where we often learn the most! That is in my experience, anyway.

The last week of KBS came, and no student was ready to talk about it. We presented our research at a symposium, shared some final laughs, bid our farewells, and went our separate ways. It was no coincidence that I turned the radio on to “Separate Ways” by Journey as my car, distressed and saddened by the date, dragged its tires out of the KBS parking lot.

Taking courses amidst pristine, protected wetlands is nothing short of absolute joy. You may see and often times hold species you never knew existed, like the terrifyingly giant water bug Kirkaldyia deyrolli (I’m fairly convinced this species is a result of a radioactive accident). You would have engaged in conversations with professors, researchers, visiting scientists, and, w 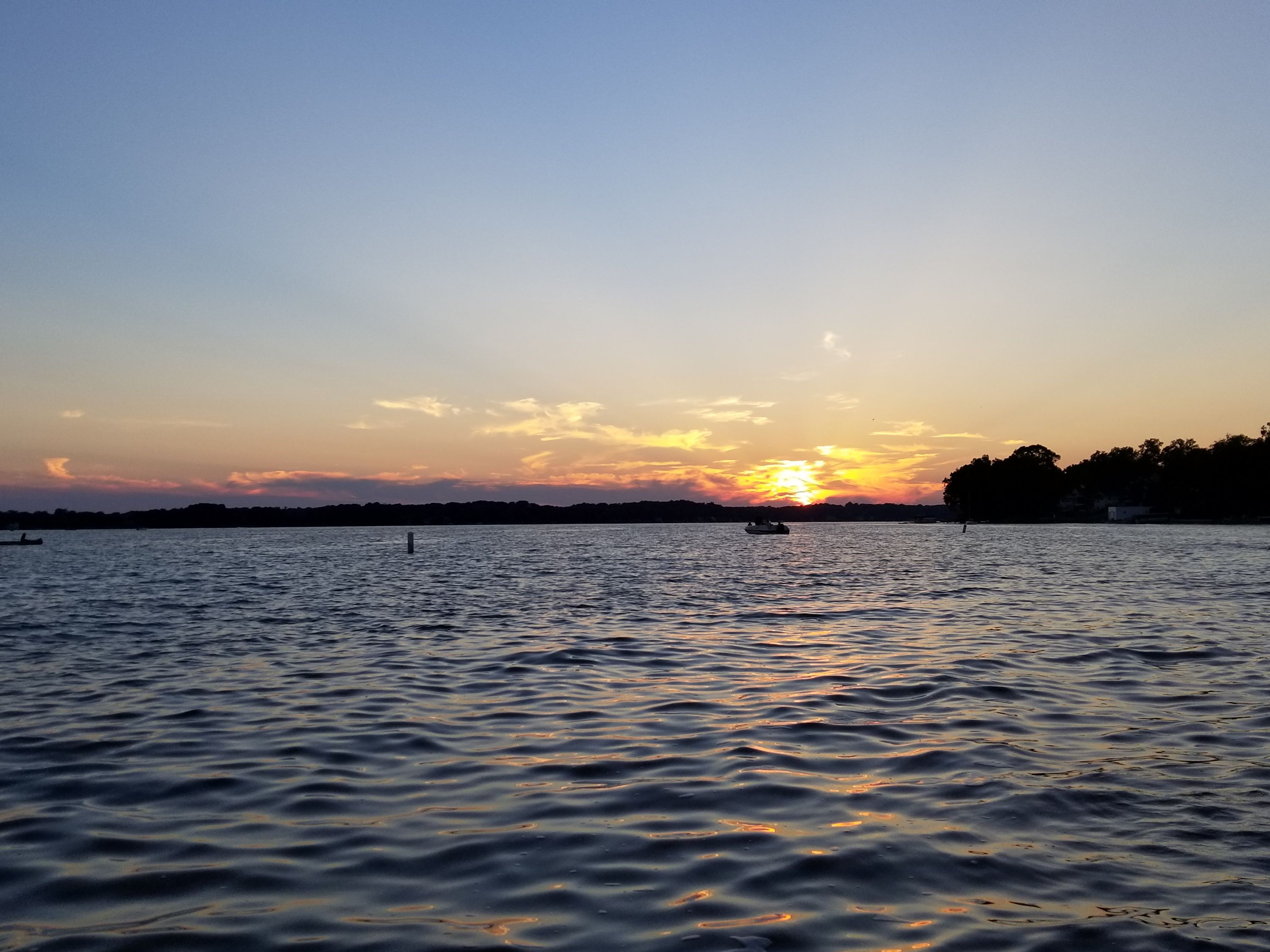 hen no one was around, fish, that would have drastically changed your thinking. Often times while snorkeling in the clear waters of Gull Lake, I was surrounded by young fish protected by their mother, and though there was a slight communication issue, we managed to exchange meaningful dialogue. You may spend hours sitting in the middle of marshlands, observing behaviors and processes you likely would have otherwise missed, such as common snapping turtles laying eggs or freshwater jellyfish swarming the surface of the water. And finally, you may find yourself, at the end of long work day, sharing a cup of tea with wonderfully different but somehow likeminded individuals on a boardwalk, looking out at the flaming sun as it plunges into the blue lake before the gathered students.

This was one student's experience at KBS. Each student in this gathering on the boardwalk, passing the cup of tea from one set of hands to the other, could have written this post, and each of the accounts would be gloriously different.