Paige Barnes: The Challenge of Choosing a Major

Having been undecided in terms of a major most of my freshman year, a friend of attempted to make a “March Madness” style bracket in order to help me choose a career path. While primarily a joke, it stood as a testament to my uncertainty about the 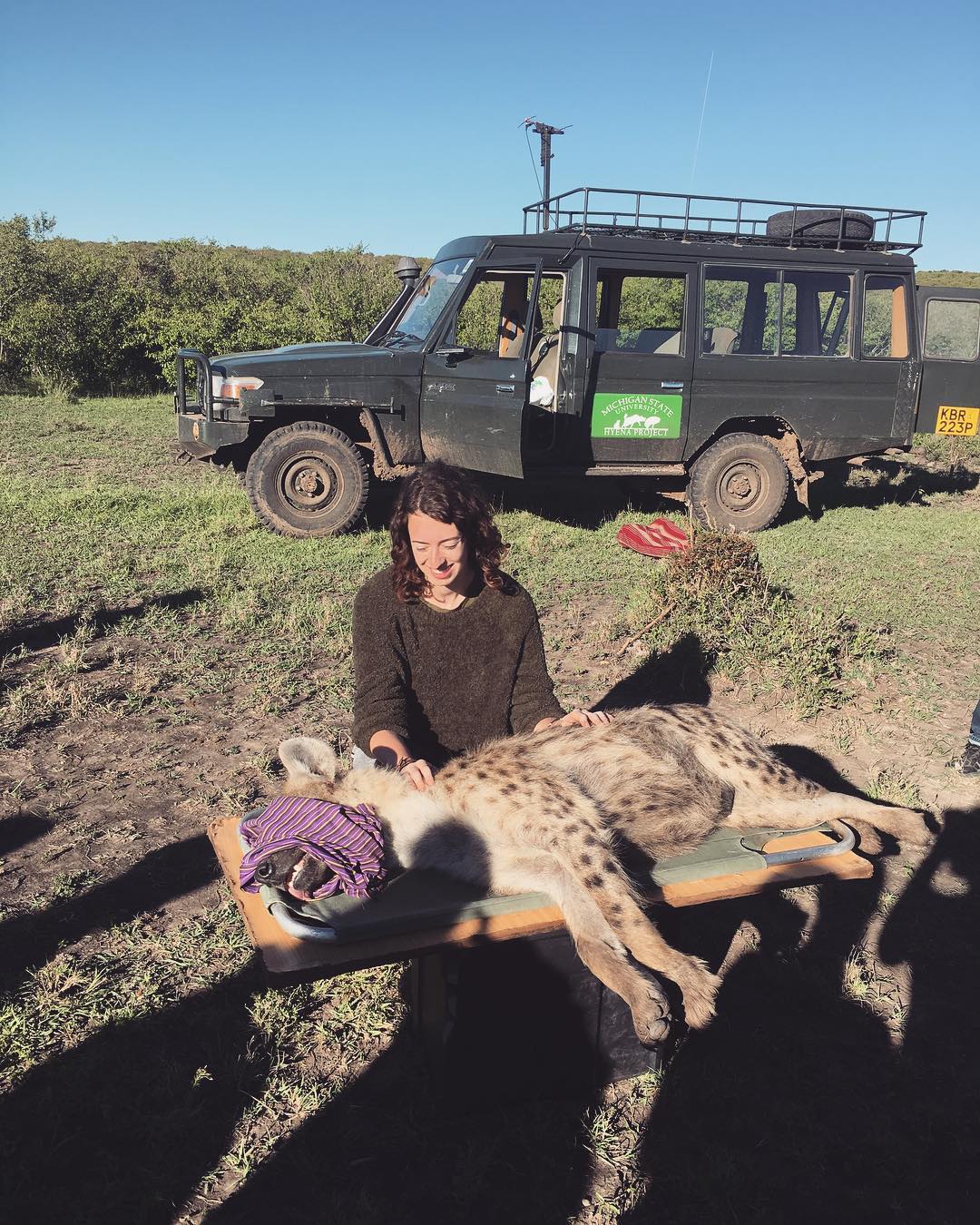 future. Choosing a major seemed to close the doors on all other fields, where I wanted to do everything.

When I first arrived at Michigan State, I immediately joined Dr. Kay Holekamp’s Hyena Lab as a Professorial Assistant. I have loved nature my whole life but, at the start of college, I lacked a clear idea of what to do with this passion. However, through my experiences in the lab, I finally found a sense of direction.

The summer after my freshman year, I had the opportunity to do behavioral testing on carnivores in Texas. I realized zoology was not only a field I was passionate about, but that I genuinely adored the work.

Around this time, I also decided on adding a statistics major. Math has always been a strong subject for me and I felt like it would be a valuable addition to zoology. Due to this, I am pursuing a double major in zoology and statistics with a minor in computer science.

I have since been awarded the Karl A. Stiles and James W. Butcher Award from the Department of Integrative Biology and been given opportunities to see the world. I love traveling, and last summer I was able to go to both Kenya on a study abroad and to South Carolina as a REU student through Dr. Brudvig’s Lab. These experiences taught me that I want to work in conservation. My path was not linear, but I found my way. Instead of feeling limited by my choices, I am excited for what is ahead.